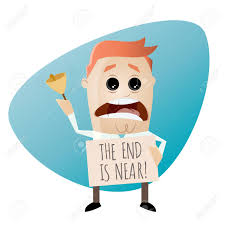 You’ve heard the joke. It shows up on many Twitter bios: “In gay years, I’m dead.”

So I’ve got company. Rainbow zombies.

I suppose the age at which we qualify for a gay death certificate isn’t firmly established. Fifty? Forty? Again on Twitter, I’ve seen gay men bemoan the fact they’re turning thirty-two. I half-expect them to include a selfie, holding up a hand-printed poster board sign: The End Is Near. Or maybe it already happened.

Whatever the age, it’s clear that I’ve passed it. Fifty-five. Off life support. Flatlined. Dead.

And yet I still have a pulse. (Just checked again.) I still bear the signs of youth—and, by that, I mean a zit showed up on my back last week. I almost smiled. Almost. (There was a time in the ‘80s when I think I must have covered all-expense paid vacations to Tahiti for everyone on the Clearasil management team.) My bank account appears active—more withdrawals than deposits, nothing new there. My fridge has a several items with expiration dates still pending. (Never mind that bottle of “Calorie Wise” Kraft ranch dressing on the bottom shelf. There was never anything smart about that purchase.)

Ageism has long existed in the gay community. For a supposedly inclusive group, we’ve thrived on compartmentalizing ourselves, on creating clear divides rather than doing what we expect of others—embracing diversity. 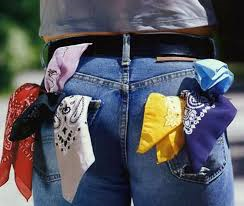 When I first came on the scene, it was at the ripe “old” age of twenty-four. There was a whole back-pocket handkerchief culture still lingering but on the way out. Thank god. I didn’t understand it. For some reason, instilled fear in me. What was the difference between a green hanky in the left pocket and one in the right pocket? Did a yellow hanky really have something to do with urine or did people just find it entertaining to elicit looks of horror from me? If only there’d been Google or any sort of Internet. Dating myself, yes. Or some of you might think of it as carbon-dating.

I don’t recall if young gays were called twinks way, way back then. The common term I remember is chicken, more derisively used to label older gay men as chickenhawks. Being gay felt more underground back then. It was past the time when police would do raids on gay bars and the American Psychiatric Association had removed homosexuality from its listing of mental illnesses (although that news didn’t seem to have reached Texas). That’s about as far as gay rights had progressed. “Fag bashing” still floated about on the bored heterosexual men’s list of Things to Do This Weekend. The cheap thrill alternative was just driving by a reputed gay area, rolling down the window and yelling, “Faggot”, “Cocksucker” or something equally hateful/hysterical. Aside from a few straight women lovingly or not so lovingly referred as fag hags, it was safe to assume that everyone in a gay bar was gay. (The community hadn’t fully embraced bisexuals who were viewed as suspect, guys with one foot in and one foot out of the closet.) Coming out stories, commonly shared, were typically dramatic, often punctuated with references to being kicked out, disowned, damned to hell or simply the cause of a lot of tears and ensuing awkwardness.

I say all this because there was a sense that we were an oppressed group and, for some reason, it bred a sense of survival whereby caustic and campy attitudes were very much in vogue. It wasn’t just drag queens that read one another. Put-downs were part of gay play. 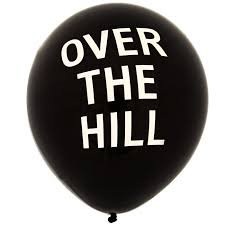 Without a doubt, older gays were often mocked by the younger set. “Look at that old queen...” A drunk older gay man or one who dared take off his shirt or went solo on a mostly empty dance floor made for easy dissing. I attributed all this to a great deal of insecurity—that comes with feeling oppressed—and a sense that in our main playing field, the gay bar, everyone was being sized up. Everyone was ripe for derision. Everyone except the rarefied hotties who knew all eyes were upon them and only paired up their kind, waiting for the dance floor to get crowded before taking off their shirts, and joining in, more grinding than actually busting a move.

I’ll admit that I played along as best I could. (No, definitely not as one of the gods!) The campiness often bothered me. It felt mean. But it went down better with a couple of Tom Collins. (I never took to beer unless I could stuff a half dozen lime wedges down the neck of the bottle.) Being camp was the sanctioned humor du jour and, while I was secretly appalled by many of the comments, I was also awed. How was it that these guys were so quick? I couldn’t keep up.

This is around the time that I honed my self-deprecating nature. If I could freely make fun of myself, it took away the sting of being a target by other gays. In theory, at least, that’s how it was supposed to go.

I will admit that I participated in disparaging older gays. They were easier fodder for people like me who struggled to nail a campy persona. There were certain bars that were almost no-go zones, places where the older among us congregated. We’d go every so often for a laugh, in the same way we’d occasionally do a couple of laps in The Spike, a leather bar. Niche groups. As if the gay community never really broke free from the crushing categorization mindset of high school. Gawking within our own supposed “community”. Lots of “Would you look at her...” Easiest line, often no elaboration required. Whether it was someone in leather or someone whose hair had gone salt-and-pepper, I’d always squirm and make a face of horror when one of my small pack would nod in that direction and say, “There’s your boyfriend.”

It’s all an example of how the “pride” part of gay pride was very much a work-in-progress. More of a fake it till you make it concept. I suppose flaunting pride worked better in parades than donning banners that read, “Gay Shame”.

The point to all of this is that I’d like to think gay culture has evolved. Enlightenment comes with acceptance. Indeed, the old campy humor seems very much passe, preserved by the drag queens but, even among them, it feels more forced than ever. 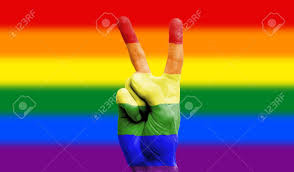 Here in North America, it seems a stretch to claim to be oppressed, at least for the LGB and Qs in our LGBTQ community. Announcing you’re gay draws fewer looks than saying you got a new tattoo. We can marry—something none of us packed into gay bars in 1990 would have ever believed possible. Sexual orientation is included in hate crime legislation in many jurisdictions. Same goes for housing and job discrimination laws. More to do, yes, but things seem to hinge more on a matter of time rather than on possibility.

Maybe it’s time we change our ways. Some of them, at least. Reflect. Keep whatever is or was good about gay culture but grow as well. All this time we’ve been focused on others changing to accept us. Oh, the strides we’ve made! How about acknowledging that we’ve got some changing to do, too? How about greater acceptance within our “community”?

At fifty-five, I don’t expect to be resuscitated anytime soon. I can accept that this is karma, biting me in the ass for past misconduct. I don’t plan on making buttons that say, “60 is the new 40” and passing them out at Pride. I can learn to knit. Maybe I’ll adopt half a dozen cats. (I’ll knit them little sweaters!) Still, I hope that gay men fretting over thirty candles on a cake can avoid getting their own death certificates until many decades from now. Let them continue to live, to be seen, to be heard and, most of all, to be valued.

Even if I don't buy into the concept of ageism, everywhere I turn I'm told that I'm older and less attractive now. Even if I didn't request it, a death notice would be sent to me.

It's a real comeuppance. Long, long ago, I couldn't wait to grow up. Now, I just need time to slow down or, better yet, reverse itself!

Couldn't agree more with everything you wrote here, RG. Nor could I have stated it any better.
That said, the only way to be valued is to value ourselves first––and to value each other.
How well I remember those days of putting down old gay queens. It was awful. I'm sure I did it myself, although I had one friend in particular who turned it into an art form, and I had great fun participating by laughing my head off.
But I regret all that now. Turns out, old gay queens are real people too. I should know. At 60, I'm one of them.
Oh, the things I'd like to say to that idiot I was all those years ago. 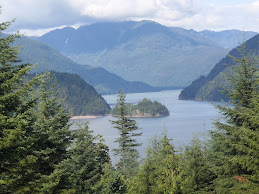 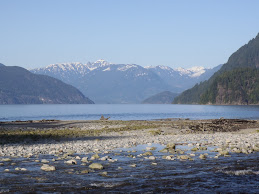